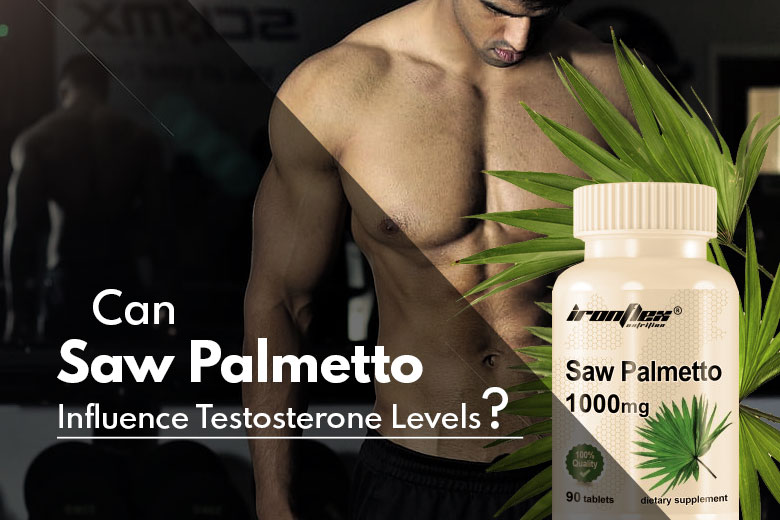 Saw palmetto has gained notorious popularity in the supplement market. We have so many supplements with so many claimed benefits that it’s easy to get lost.

But does saw palmetto affect testosterone? Will it increase our male hormone or cause a dip?

Let’s explore in-depth to make all our readers more informed. Having the correct information is necessary to make any decision and avoid risks.

Saw palmetto is now being used for treating various prostate disorders. Or at least, some evidence suggests the plant might be beneficial for reducing enlarged prostate. Research also indicates that it might be helpful in dealing with the complexities of prostate surgery.

One way saw palmetto is said to work is by regulating hormone levels, especially sex hormones. Scientists believe the stuff may inhibit testosterone from breaking down into DHT.

We have a few studies that show saw palmetto to reduce the breakdown of testosterone into DHT. Therefore, many people believe it regulates the levels of testosterone and sex hormones.

Some doctors also believe saw palmetto regulates the function of the male endocrine system. They also think it can help maintain the balance of free testosterone in the human body.

As you can see, we have enough evidence to suggest saw palmetto can affect testosterone levels. However, does it increase testosterone, as some people think? Or is it a waste of hard-earned money?

Saw palmetto has a role in the regulation of sex hormones, as research indicates. However, whether it actually increases testosterone is quite debatable. But one thing is sure; saw palmetto will not reduce our testosterone levels.

Now, let’s find out if it can boost our testosterone.

What Science Says about Saw Palmetto and Testosterone

Some early studies found saw palmetto increased testosterone. We also have a handful of recent studies that conclude the plant to increase free testosterone. Like this study that was published in the Journal of the International Society of Sports Nutrition.

Participants taking a supplement with saw palmetto had more testosterone and less DHT compared to the placebo group. However, this study was done by an agency selling patented supplement ingredients.

Another study in 2014 also found promising results that included higher levels of free testosterone. However, the sample size of participants was only 20 people.

We have more recent research that also found similar results. A study that came out in 2020 found saw palmetto oil to increase serum free testosterone level.

These studies may make someone go for saw palmetto supplement to increase testosterone. However, that is not a very good idea, especially for the time being.

Should We Try Saw Palmetto to Increase Testosterone?

Therefore, we need more research to confirm the effects saw palmetto has on humans. According to Examine.com, saw palmetto doesn’t score at all when it comes to increasing testosterone.

Other reputed sources like Livestrong also never conclude that saw palmetto increases testosterone. However, they do agree it prevents the breakdown of testosterone into DHT.

As per WebMD, saw palmetto has “no good scientific evidence” to be recommended for increasing testosterone.

As a result, the best thing, for now, would be to skip saw palmetto if the goal is to boost testosterone.

Saw palmetto is generally safe, but it does have a bad name for causing adverse reactions in rare cases. It also has a few side effects that may include:

Additionally, saw palmetto can cause changes in sexual desire and functions. Some men taking supplements made from saw palmetto even reported erectile dysfunction. Others experienced breast enlargement or sensitivity.

Moreover, saw palmetto may interfere with sex hormones in humans. It can result in risks for people dealing with a hormone-sensitive condition. In rare cases, the plant may even lead to severe bleeding.

As a result, people who have bleeding disorders should practice caution. Plus, pregnant women should also refrain from taking saw palmetto supplements.

What is the Best Way Ahead?

The wise thing to do would be to not use saw palmetto supplements to increase testosterone. We should wait for research to come up with more confirmation. Therefore, we will have to wait for some time or years before we can change our views about saw palmetto.

In the meantime, people looking to boost testosterone can try other alternatives. We have reviewed an ayurvedic testosterone booster that can be worth considering.

Our team has also written about the best 5 testosterone boosters in India that can be suitable choices.

However, always talk to a medical professional before starting any supplement. Additionally, it is also advisable to do a testosterone test to find out if there is any deficiency.

A proper diagnosis can help in a planned treatment to treat testosterone deficiency.

However, saw palmetto is not an answer to testosterone deficiency. We may not be able to boost our testosterone levels by just taking saw palmetto supplements. There is very little scientific evidence, and we need more research to conclude anything confidently.

It is better to try other alternatives or speak to a physician to increase testosterone levels. Additionally, we should also consult our doctors before starting any supplement.

We don’t have enough scientific evidence to say if saw palmetto increases testosterone or not. Some studies have found positive results, while others have dismissed any benefits. As a result, saw palmetto doesn’t appear to increase testosterone in humans.

In rare cases, saw palmetto has caused erectile dysfunction in men. It can also result in changes in sexual desire and breast enlargement. There are also common side effects like nausea, vomiting, and constipation.

Studies show saw palmetto to reduce the breakdown of testosterone into DHT. As a result, it may reduce DHT levels by preserving more testosterone.

What are the dangers of saw palmetto?

Saw palmetto can lead to erectile dysfunction and changes in sexual desire. It may even cause severe bleeding and prevent the coagulation of blood. Therefore, it may not be suitable for people with bleeding disorders. People with hormone-sensitive conditions should also be careful with saw palmetto.

Always consult a physician before taking any supplement, including saw palmetto. Medical professionals can take our medical history and illnesses into account and provide adept advice.

Is saw palmetto bad for the kidneys?

Saw palmetto may prevent normal urine flow. It can lead to urine retention and pain. Additionally, the situation can result in kidney damage.

Does saw palmetto interfere with any medicine?

Testosterone Supplements Benefits and Side Effects: A Gym Goer’s Take

Does Whey Protein Cause Digestive Problems? – A Scientific Analysis

Glutamine and Weight Loss: You Won’t Believe What Science Says